Ian Thomas from RMIT University provided an RSE’s perspective on From the soil sample jar to society: an example of collating and sharing scientific data. Ian gave a great overview of this interesting project work covering the complex technical environment involving many different stakeholders. including RMIT’s eResearch unit, the researchers themselves, data providers, software developers, funding bodies and IT services.

There were a number of challenges relating to working across disciplinary boundaries, implementing disruptive versus sustained innovation, and the perils of staged lifecycle development. The aim was to add value or “enrich” existing datasets for use by the different stakeholder groups. In this case, enrichment included specific visualization, summary statistics, the ability to download data and metadata including background descriptions and acknowledgments.

Ian defined eResearch as “glueware” used to pull all of this together and emphasized the importance of not building software from scratch, using third party tools where possible, adopting agile methodologies and the inevitability of delays throughout the development process. 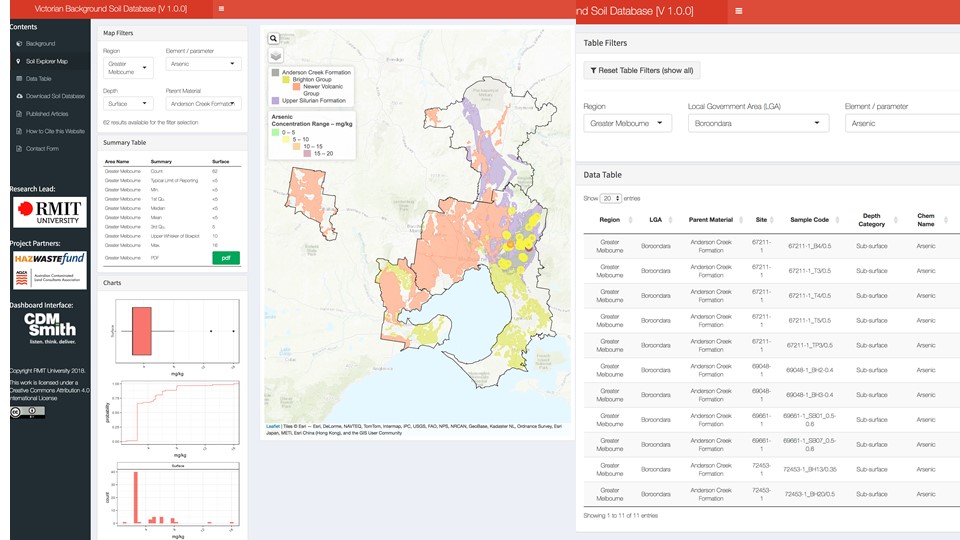 The Victorian Background Soil Database is an example of RSE’s working with researchers.

Alexander Pletzer from NeSI/NIWA presented How NeSI helps its users run code faster. This was also a great overview of how RSE’s improve the research efficiency but with a reminder that it’s not just about hardware. It also includes tools, data, algorithms, compilers and the compute environment itself.

The aim was to enhance eResearch output and ensure that NeSI’s platforms were used in the most efficient way. Alexander referenced an amazing range of projects that made use of NeSI’s resources including (for example) marine microbial genome analysis, mega-thrust earthquake simulation in NZ, identifying whales by their song, predicting floods and storm surges and simulating fluvial erosion and sediment transportation. 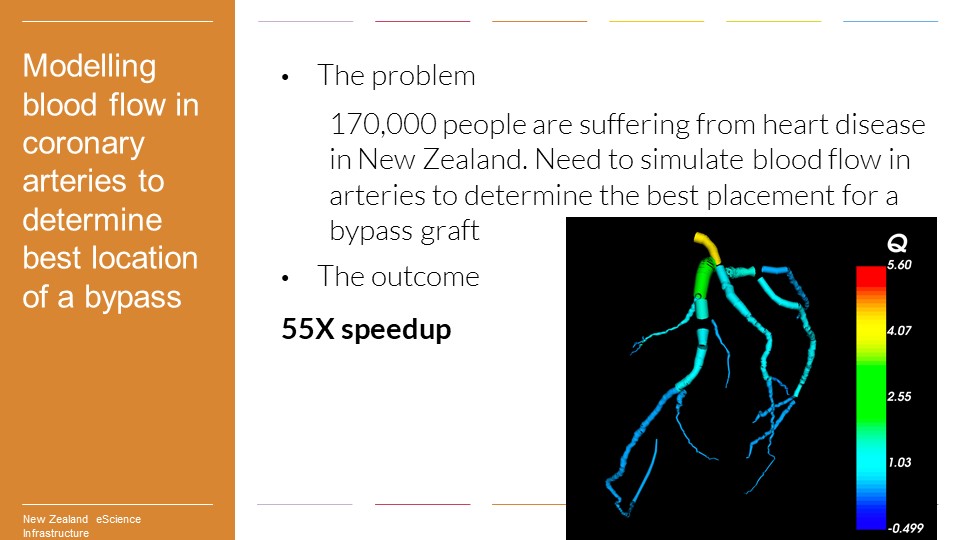 An example of efficiency improvements that RSEs can make to research workflows.

Alexander’s summarized his RSE findings as: